Supple Think: Revenge of "Developers I want to give money to"

Revenge of "Developers I want to give money to"

Posted on Saturday, March 8, 2008
Labels: I see what you did there , oh god another list , SHMUP , vaporware , you made me do this
Since K1’s list included two individuals that I would have included in my top five (Shigesato Itoi & Daisuke Amaya) my list is a shorter. My criteria for selecting these are a little different from K1’s, but this is all about personal taste anyway. 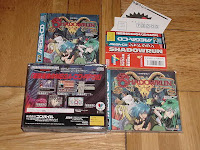 Before the Xbox 360 launched, one of the titles that was announced but not shown was Shadowrun. I am absolutely in love with the previous three games for three separate reasons. The promise of a new Shadowrun was quite exciting, the after the three previous games had all taken very different approaches to creating their games and I believed that Microsoft Game Studios would do this as well. Their different approach was to throw away all the interesting story elements of the Shadowrun universe and create a FPS. A FPS with magical trees, teleportation and gameplay that was absolutely forgettable. I’d like to give a developer money for a new Shadowrun RPG, but after the horrible sales of the FPS, I think developers believe the Shadowrun License has AIDS. 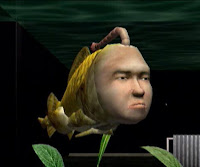 “Yoot” Saito was both the key designer and "face" of Seaman, most people who owned a Dreamcast or at least have a passing interest in games recognize his face and maybe even attempted to have a “conversation” with him. His unforgettable Dreamcast title Seaman is one of the creepiest and most interesting video game I’ve ever witnessed. He also was the creative force behind the innovative Gamecube pinball title, Odama. Both games share the innovative idea of changing the way players interact with games; forcing the player to speak into a microphone to control the game just as often as they use a controller. I’d love to play more games by Yoot Saito that have innovative strange controls like this, but Seaman 2 was not released in the US and the DS’s microphone is almost never used for the sort of detailed open ended interactions that players can experience in a Yoot Saito game.

Alien Hominid was an excellent first title that started out as a flash game and made the jump to consoles, the game play is very similar to SNK’s Metal Slug series and is not only fun to play but quite difficult. Their second title is the 4 player action platformer / RPG Castle Crashers has been endlessly delayed. I’m practically salivating at the idea of playing a “new” guardian heroes style game with my friends. I’d be willing to pay way more than 800 Rape Bucks (a.k.a. Microsoft points) for this title. Too bad it seems to be stuck in development hell. 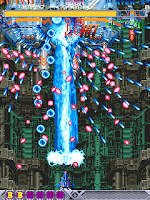 Cave has been providing 2 new SHUMPs a year for several years. Their games are simultaneously frustrating and beautiful, the intricate bullet patterns and artwork of the game impress players as much as they distract them to their doom. I’d love to give Cave my money, but I don’t want to spend $500~$1200 USD on a JAMMA board or import a PS2 port that can be generously described as less than arcade perfect.
Article Permalink
Older Post Newer Post