Supple Think: I Like My Sugar With Coffee and Cream 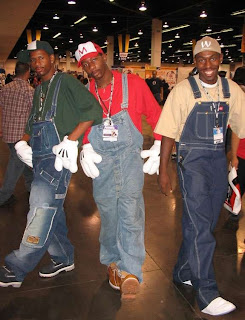 I know, I know. Super Mario Luigi Galaxy has been out for like four months already or whatever, but I've been too busy star getting to write anything about it. Also, now that I've got all 120 I feel like I'm more qualified to detail the game's triumphs and its colossal, abject failures.
I'm joking about the failures. Some kids are going to complain that it has colors and big noses and shit, but honestly the only problems I can pick out about this game are very personal quibbles, and everything else about it makes me want to shout its praises to the world from my window. I get sort of used to thinking of Miyamoto as a kind of gaming artisan, a genius of concept, design, and execution. Miyamoto makes a bunch of Citizen Kanes or whatever. The idea is by this point so oversaid and underrepresented that it feels totally bogus. After enough of this you start to forget something important: Shigeru Miyamoto is a fucking visionary.
Every single aspect of Super Mario Galaxy is absolutely refulgent with polish, insight, care, and grace. The learning curve is so natural you can't even tell that it's happening, and every challenge the game presents feels difficult without punishing the player. This balance has not been seen since Yoshi's Island, where the game challenges you to explore its depth rather than its continue system. The most difficult stars to get in the entire game, the ones I look back on with any kind of frustration, took me about five to ten tries to nail down, and I got them the same day I started trying. This isn't bragging--it's a learning curve that applies to each level, each ability, each challenge you're presented with. It's absolutely stunning. 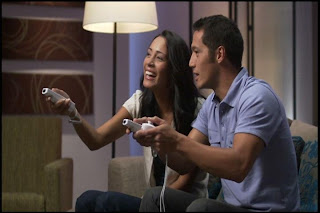 The controls are almost exactly perfect. I feel strange saying this, since I never hear anybody else say it ever, but I love Super Mario Sunshine with a sort of passion. The "secret" levels were an aggravating mess, but the water pack and smooth jump controls made everything else a joy. My initial feeling when I started playing Galaxy was that it was pretending Sunshine never happened, but if you look closely it's all in there. Sure, the camera controls may have taken a step back to the N64 days (an unfortunately common problem among Wii games), but the hover nozzle is still there in spirit with the massive air control you get with a spin jump, and the rest of the controls aren't back to the stiff garbage that plagued Mario 64 (yeah, I said it). Simply put, it's almost as much fun to just hop around and see what you can climb as it was in Sunshine, and with the added bonus that making (and pulling off) enormously long leaps of faith is a total blast.
A lot of Galaxy's success is that it is exquisitely paced. There's nowhere near as much exploration as there was in Sunshine, but the game has plenty of it for those of us who want it. There are speed challenges, no-hit challenges, puzzles, platforming, races, and bosses, all in perfect quantities. Even the gimmicky Wiimote levels are a blast, with the most polished control I've seen of its kind and tough but reasonable expectations of the player. The levels are even completely optional, tucked away beyond the realm of casual play.
All of this contributes to a sense of momentum, the feeling that the game can't wait for you to see what's next. Most importantly, even after getting all 120 stars I sometimes fire it up just to play around and see what I can skip past, jump on, or fly to. Super Mario Galaxy may be one of the best examples yet of a "sandbox" game: there are many solutions to problems, the levels are fun to explore and push to their limits, and you can play it as deep or as shallow as you like. 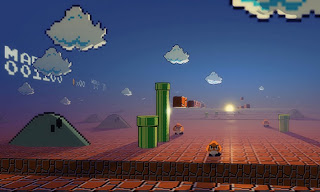 Most important of all, though, is how Galaxy evolves beyond all previous 3D platformers. A habit of mine while playing a brand new game is to think about the reactions it would get from someone who had only ever seen an NES. If you took Mario 64 or Sunshine back in time twenty years you'd get lots of oohs and ahhs, a few moments of confusion at playing a game in 3D, and then pure satisfaction. If you think about it, these are the exact reactions we all had when Mario 64 first came out. If you were to take Galaxy back with you, though, people would be simply unprepared for it. The game builds on the last ten years of 3D gaming, Z-jumping forward into brand new territory from the outset. It constitutes the next great leap forward in the platforming genre, and while it's not as eye-popping as the move to 3D was it's still every bit as significant.

Super Mario Galaxy may just be one of the most important games ever made. Play it, or else you may not be prepared for what's coming next.
Article Permalink
Older Post Newer Post