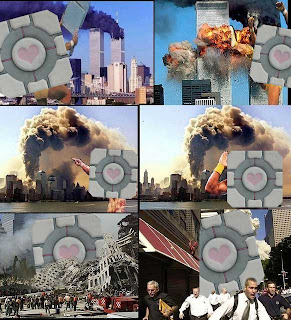 The winter lapse in game releases is here. Both Hollywood and the Games industry launch their AAA products in the fall and winter, giving us a fall and holiday season with so much new media to devour that we can’t possibly enjoy it.

People who are really concerned about missing out on something “important” spend January and February playing catch-up with the releases of the Fall. Of course the machines never stop, and games keep coming out after the holiday season, it is during the cold month’s of winter that game releases slow to a trickle of what could be kindly referred to as shit. This year is no different with lots of forgettable titles and a few dark horses that are either flawed (Harvey Birdman: Attorney at Law) or so niche that they’ll be glossed over and forgotten by almost everyone (No More Heroes).

It was my hope that into this dark place, a savior would come in the form of Downloadable Games. We’ve been promised Rez and Ikaruga by Microsoft, but Nintendo has been playing their cards so close to their vest I fear that their asshole is going to get a paper cut. So far this year, Nintendo’s Virtual Console releases have been limited to two games per week instead of the usual three. Their offerings have been pretty crummy as well, the best games we’ve received were StarTropics and The King of Fighters ’94.

StarTropics is an ok game, but it’s not enough. I received $40 worth of VC point this year from various people as gifts and there are no interesting games to buy. Where the hell is Earthbound? Where is Metal Storm? Fuck you Nintendo, between this and the quickly evaporating 3rd party support this system is turning out exactly like the Gamecube. Everyone is all pumped up for Smash Bros, but that’s just MvC2 for people in diapers who can’t understand the concepts more complicated than “UP+C."

At least I have the new Phoenix Wright game and Professor Layton to look forward to in February on my DS. I think those’ll be the last Nintendo games I buy for a very long time.