Posted on Sunday, March 16, 2008
Labels: Earthbound , Ethics , fighting games , Philosophy , post something dammit , Punishment , you made me do this 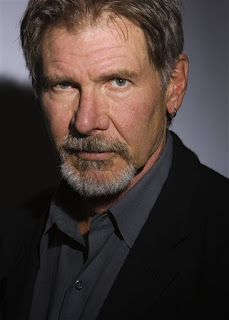 So I know a lot of people are criticizing Nintendo for some of the directions they took with the latest Smash Bruthas game. When a beloved game franchise goes in new places in ways that change its fundaments, the results can be disappointing. One needn't look beyond the recent Burnout Paradise to see this writ large, but it's been happening increasingly often of late as the old giants of the industry start to feel the need for the ol' Harrison Ford earring.
One thing that makes this version of Smash Brothers so jarring is the steeper learning curve. Traditionally an approachable party game, Smash Brothers: Rawls challenges players more on every level. Most people will probably be able to get through the game right away, but to really get it takes an understanding of the principles of justice set forth by Aristotle, Rousseau, Mill, and even a little Nozick in the later levels. Nintendo helpfully included unlockable excerpts from these thinkers to aid new players, but the effectiveness of 60 seconds of Anarchy, the State, and Utopia is hard to measure. Additionally, the perplexing and somewhat offensive decision to make the Sandel excerpts Japan-only makes the package somewhat less appealing to American players.
While I found the new character select screen innovative and fun (players now select a character without knowing which one they will control once the game starts), I was less impressed with the new "Veil of Ignorance" power up. HAL Laboratories was obviously trying to encourage verbal interaction and shouting matches between players, but having it just turn three quarters of the screen black seems like a lazy implementation of an idea with great potential. Having it occult the damage/lives indicator would have made more sense, especially considering the overall brokenness of the new "fairness meter".

All that said, SSB:R is a splendid fighting game, well balanced and thoroughly considered. Every time I lost a match or died in the single-player mode I knew it was just, and the controls are responsive and intuitive.

This game is recommended for anyone who likes the point to be made early on and then repeated for 300 pages.
Article Permalink
Older Post Newer Post