Supple Think: Kotaku's Gamecenter CX Localization: It's terrible and it's a crying shame

Kotaku's Gamecenter CX Localization: It's terrible and it's a crying shame

Way to go, Gawker and Kotaku. Way to fuck it all up.

As you may have heard, GameCenter CX, the Japanese Video Gaming show about Section Chief Shinya Arino and his gaming escapades, was finally picked up for U.S. broadcast by the gaming blog Kotaku. The format for this release being that they would post episodes on the Kotaku website on a weekly basis. 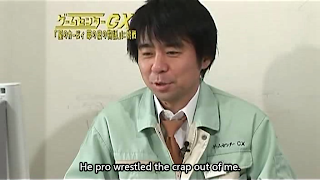 For fans of the Japanese show, and even for those that may have only vaguely heard of it, this was a big deal. Only a handful of episodes had been fan translated prior to this announcement, and now that it would be officially available, spreading awareness of the show to gamers that wouldn't otherwise have access to the show would be much easier. And the more support the show gets, the more GCCX gets made. It was a time of great excitement!

And then the first episode was released... 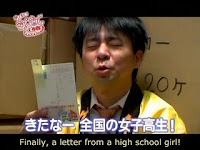 Now when I say terrible, I don't mean it in an elitist-snob "I only watch foreign movies+shows in their purest form, in the original language with subtitles" kind of way. If you've seen other Japanese shows ported to American TV like say Iron Chef or Ninja Warrior, those are perfectly watchable with dubbed-over dialog and announcers and such. In fact, you could say that it makes it even more accessible for viewers that have very little experience with watching something made in Japan. When I say the Kotaku dub is bad, I'm talking flat-out unwatchable to the point that I wouldn't want to expose new Gamecenter CX viewers to the Kotaku dub, as it might turn them away from watching the show completely.

But how terrible is it, really? Let me count the ways:

1. The English narrator is subpar, and his pronunciation is terrible.
Now don't get me wrong, I'm sure he's getting paid peanuts for this obviously low-budget localization job, but considering this is probably his big break into the entertainment industry, you'd think he'd do a better job. Did he even watch the original version before he did his voiceovers? I guess the main thing about his voice that bothers me is that his announcer voice isn't very compelling. If he were more natural about his delivery, which highs and lows in his level of excitement, then it would make it easier to connect with the audience. As it is, it just feels so fake and insincere.
Also, why is his pronunciation of all the Japanese names so terrible? His pronunciation is so off it makes me think that he's doing it on purpose, like he's mocking us.

2. No music.
Just watch even a little bit of the original show, and you'll see why this is so terrible, it adds so much to the show. As it stands the Kotaku dub is a guy in a quiet room playing videogames while his friends are talking.

3. A lot of the title cards and on-screen graphics are cut out.
Gamecenter CX has a lot of funny graphics that are lovingly crafted and very funny, many of them involving photoshopping Arino's face on the body of the main character of the game he's playing. Even if the main character is female. These are all cut. Boo. 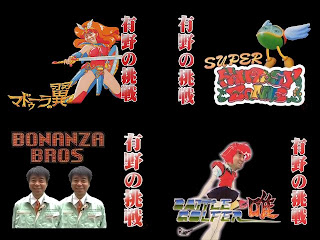 Here are some of the title cards you are missing out on.
4. None of the on screen Japanese text is translated. AT ALL.
This is the deal breaker. This is ultimately is what makes the show pretty much unwatchable for most American viewers. They don't bother to translate any of the on-screen text, which makes it kind of hard to follow certain games (Clock Tower probably being the most egregious example) because Arino doesn't necessarily read all the text aloud. You also miss out on a lot of the explanation text that shows up, as well as the witty comments from the King and Queen mascot characters. The explanation text is a big deal too, because even if you are familiar with whatever game is being played, they point out some pretty obscure game information sometimes.

5. The Kotaku dub lies to you. BIG, FAT, DIRTY LIES.
At the end of the Mighty Bomb Jack episode, the announcer says something along the lines of "And that was the end of the Might Bomb Jack challenge," even though RIGHT THERE ON THE SCREEN it says that Arino will challenge the game again, live in front of a studio audience. Well okay, the on-screen text is in Japanese, but the Mighty Bomb Jack Live Challenge is one of the best episodes of the show, and the fact that the Kotaku dub deceives the viewer of this fact is a pretty big slap in the face to those unable to read Japanese.

So yeah, as a huge Gamecenter CX it pains me to say this, but the Kotaku dub is terrible and you shouldn't watch it.

However, it's not all bad news. 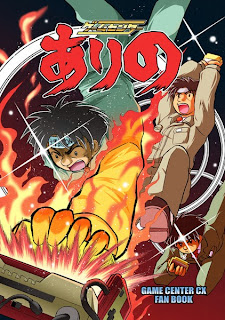 In a somewhat miraculous set of circumstances, there is now a team of fan-subbers that are actively translating the show, in a not terrible way. In fact, the translations are really well done, with all the Japanese cultural and video game references intact. Here is a link to point you in the right direction. Kacho, On!!!

P.S. - You may have noticed that I didn't point out how the Kotaku dub doesn't have a lot of the side segments that are in the show. While this does indeed suck and they should have them, it is most likely a licensing issue that is out of their control so it would not entirely be fair to put that in as a negative point for the Kotaku dub. The fansubs have it though if you know where to look, wink wink.
Article Permalink
Older Post Newer Post