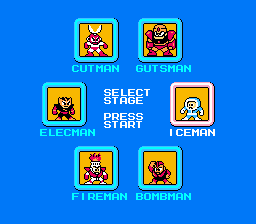 A lot of games back in the day started making a big show of having "role-playing elements" worked in. In some cases this just meant there was an inventory that may or may not affect gameplay, but sometimes it translated into actual choices the player got to make. The phenomenon began long before anyone talked about it, probably most originally and elegantly with the first Mega Man. The levels could be tackled in any order you pleased, and the weapons you got along the way would make each level a very different experience from that had by someone playing in a different order.


There are more obvious examples, like Metroid and The Legend of Zelda, that have already been talked about enough. In Mega Man, the opportunities given to the player to progress in any way he or she chose were an integral part of the gameplay, and in Metroid and Zelda they give the player an opportunity to experience the same areas from different perspectives as the game progressed. Aspects of these games could present themselves to players in ways that were determined by choices they themselves made. It was primitive, yes, but well-used, and another example of ingenious developers making the most of small games. Because this was an intentional decision made by the game designers, much effort was put into preventing the player from acquiring everything at the outset of the game and playing through the entire thing homogeneously.

In console RPGs this phenomenon became rather more mechanical. Leveling up was mostly just a means of satisfying a player's Progress Quest appetite, and while some gameplay complexity would arise from it, it was really just a way to keep certain powerful items and monsters out of reach until the designers felt they weren't imbalancing. Character progression became a way to put video games on rails, and players found that usually by the time they got that powerful spell or item, they only got it because it wasn't very useful anymore. Over time, the means of extending a game's duration have become the means of limiting the possibilities available to the player. Somewhere along the line this process became moralized. 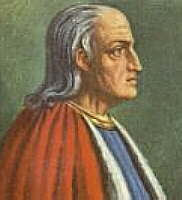 It's a common bit of stubborn ignorance that people want everything about the world to conform to their own assumptions. Explanations of the world around us have a way of "fulfilling themselves". When Isaac Newton says that every action has an equal and opposite reaction, the observation becomes a moral proverb: actions have consequences. Soon we find people punishing others to teach them this lesson about the world. We call them natural consequences, but they are really imposed by people more often than by nature. The moral law set forth is that someone has to pay when something goes wrong; all forces must balance out or there can be no rest. "You can't get something for nothing."

There has never been as great an example of this warped and misguided ethical view as the Grand Theft Auto series. I'm not sure anyone has complained before that Grand Theft Auto reinforced traditional moral values to a fault, but I assure you it's the case. The games have toys and joys too numerous to mention, and the devoted player who overcomes their challenges will have a lot of fun with the bonuses he or she unlocks. But the challenges themselves are not fun by any definition of the word; they are punishments, ordeals set forth so that the player's fun might not accidentally grow out of control. The developers, when including a very fast bicycle or a well-armed helicopter, seem to have collectively decided that these things are too good to give to the player for free. The player must pay for the privilege, above and beyond the cost of the game.

The result is that every mission has about a hundred ways to lose and only one way to win. Punishment is doled out liberally, and the bonus missions that unlock great things are the purest distillations of raw agony. Powerful, useful tools and games in GTA are withheld not to develop the game experience or to prevent a trivial completion of the game, but out of spite. And those who complete the challenges will tell themselves that it is worth it. That the satisfaction of accomplishing these meaningless feats of repetition and arbitrary precision make the rewards that much more satisfying. These people will grow up to deprive their children of joys and tell them it "builds character". After all, misery necessitates equal reward. It's a law of nature.

It's not worth it. Each entry in the Grand Theft Auto series is more dehumanizing than the last. As much fun as I've had flying around with a jetpack and a dozen kinds of weapons blowing up half of a fake Las Vegas, if I could return not just GTA: San Andreas but the entire experience I would. It's more fun to watch an expert play than it is to play. It's more fun to download a 100% save file off the Internet than it is to get 100% yourself. The game allows the player to engage in violent sex acts, murder national guardsmen, and commit a terrorist act on a hydroelectric dam, all in the name of profit and power, but none of those aspects of this game is as hurtful or socially base as the "challenges" offered the player.
Article Permalink
Older Post Newer Post